The Tax Reform Bill and What It Means for You 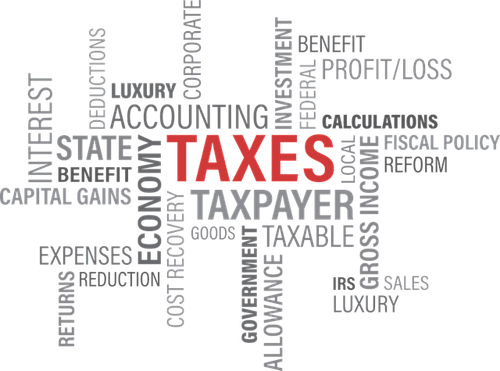 We’ve all heard a lot about the 2018 Tax Reform Bill – known as the Tax Cuts and Jobs Act. From the minute it passed there was speculation about what it would do for our country’s tax filers. Would your tax rate would increase or decrease, and how it would affect your deductions? Would it actually simplify the tax filing process?

At Saddock Wealth, we’re here to talk to you about it. And we can work with you to make sure that you successfully take into account all of the changes to this once-in-a-generation tax reform bill.

Below is a discussion of areas of the new tax code that have changed the most, and how they will likely affect our clients.

The Tax Cuts and Jobs Act made some fairly significant changes to our tax code. It permanently lowered the corporate tax rate, shifted some tax brackets around, changed the marriage penalty, and more.

In this post, we will discuss parts of the tax code most relevant to our clients:

Before the Tax Cuts and Jobs Act, a single person was entitled to a standard deduction of $6,500 and a personal exemption of $4,150. This adds up to $10,650 in income exclusions.

The new tax code takes away a single person’s $4,150 personal exemption, but entitles them to a $12,000 standard deduction. And so it goes for married filing jointly, separately, and heads of households as well.

What Does This Mean For You?

There is a significant way the deduction changes in the new tax code affect our clients – typically high tax-paying individuals. And this is the provision that caps state and local income, property and sales tax deductions at $10,000 for a married couple filing jointly, or $5,000 if you’re married filing separately.

For example, before the tax reform bill, a married couple filing jointly could combine their $20,000 state and local income taxes with their $5,000 property taxes to deduct a total of $25,000.

Under the new act, they would be limited to a $10,000 total deduction. These changes will affect people working in – or with homes in – states with higher tax rates, such as New York and California. With a streamlined cap on deductions, those of us living in high-tax states may not get the full deduction rates we’re used to.

There have been some changes that could increase your deductions, though. Before the Tax Cuts and Jobs Act, taxpayers were able to deduct up to 50% of their adjusted gross income for cash gifts to charities. The new tax law has upped that amount to 60%, which may offset some losses due to the $10,000 income and property deduction cap.

The hefty 40% federal estate tax rate of previous years remains intact with the Tax Cuts and Jobs Act (with estates having a value pf over $5.49 million/person and $10.98 million/couple).

However, the new tax code doubles the personal exemptions for individuals. So if you fall subject to the estate tax, you may be able to take some solace in the increased exemption amount (up to $22 million per couple).

Like some other components of the Tax Cuts and Jobs Act, the new personal exemption rates are set to sunset in 2025.

Previously, homeowners were able to deduct the interest on the first $1 million of mortgage debt on new homes.

Under the new tax code, that number decreases to the first $750,000 of mortgage debt on new homes. This new tax liability applies only to mortgages on homes purchased after December 15th.

Also important to note is that the deduction for interest on home-equity loans no longer exists under the new tax legislation.

These are a lot of changes, and there are many more not even mentioned in this post. We highly encourage individuals affected by the new tax code (which is most of us) to review your plans with us.

We love working with our clients, and are more than happy to discuss any questions or concerns you may have.

Summary
Article Name
The Tax Reform Bill and What It Means for You
Description
Not sure what's in store with the new Tax Reform Bill that was put in place? Here we break down the most pertinent areas for our clients.
Author
Stephen Saddock
Financial Planning
TAGGED : tax changes for wealthy, tax reform bill 2018