What is an Endowment Fund? 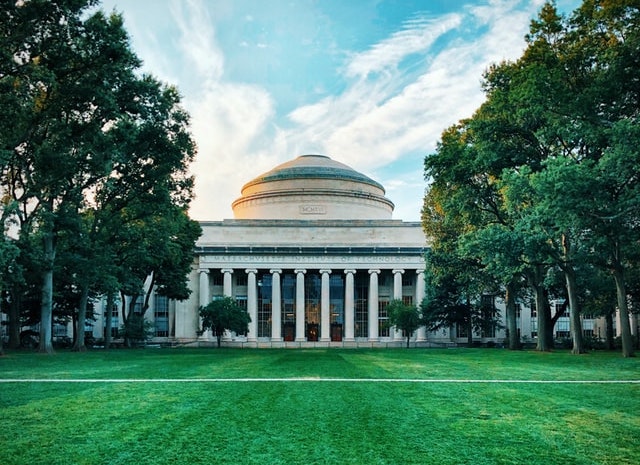 Endowment funds are frequently talked about in the investment world, especially amongst high net worth individuals. But how often do folks actually take the time to delve into what exactly endowment funds are and how do they operate? Endowment funds come in many shapes and sizes, and the rules and regulations surrounding them are often complex.

In this article, we will discuss

First, what is an endowment fund? Simply put, it is an investment portfolio made up of donations. The purpose of endowments is to fund charitable organizations— some of the better-known endowments fund churches, hospitals, and universities. Harvard University is famously the largest academic endowment fund in the world, with assets surpassing $40 billion.

As with almost anything else involving finances and investments, there is a specific legal structure under which endowments must operate. This is important for endowments, especially because — as mentioned previously — their purpose is to fund charitable and not-for-profit organizations. So it is critical that endowments have strict enough procedures that their funds cannot be taken advantage of and used for less-than-charitable purposes.

There are a few critical ways in which an endowment fund is different than a mutual fund. The first, of course, is that endowments specifically finance charitable organizations. Meanwhile, a typical investment (or mutual) fund specifically benefits its investors. But what generates the investment income can be the same for both endowments and typical investment funds, such as cash, bonds, equities, and other types of securities.

Endowment funds are also generally established as trusts, enabling them to operate independently from the organization that they support. Another major thing to know is that endowment funds can be held permanently. This is primarily due to their principal value being held stable while generating investment income to be used for specific purposes.

Now let’s delve into the four different types of endowment funds, which will provide even more context into how endowments operate.

With a term endowment, the principal can only be expended after a specific period of time or an event outlined in the creation of the endowment. It’s still possible to invest the principal though, and generate investment income for the beneficiary organization to use.

Unrestricted endowments are quite different: they are the most liberal of all the endowment types. With this kind of fund, donors don’t have any limitations on how or when they use the endowment assets.

These types of endowments function much more like pure donations than any other type. Donors do not stipulate any specific purpose for the capital, rather the institution receiving the funds can spend, save, and invest as they see fit.

In a quasi-endowment, the fund typically retains the principle and the donors expend investment earnings at their discretion. And unlike other types, a quasi-endowment does not legally have to exist in perpetuity—this means its principal is available to spend in its entirety at any point.

Another element that makes quasi-endowments unique is that they enable the beneficiary institution’s board of directors to play a larger role in investment management. They allow more control than most other types of endowments and are therefore sometimes called “board-designated endowments.” The fund’s board of directors fully controls spending allocations and timelines.

Although there may be regulations placed on capital spending at the time of the fund’s creation, the board can change and/or end them at any time and use the funds elsewhere. This gives organizations more flexibility if a special circumstance arises and they need to fund its operating expenses.

Since quasi-endowments give so much more power to their boards, it follows that these same organizations are the ones that create them. Usually, an organization will carry out internal fund transfers or use existing unrestricted endowments to create a quasi-endowment for themselves.

Are Endowments Right Choice For You?

Now that we’ve covered the different types of endowments and how they each operate, let’s move on to their advantages and disadvantages. We’ll also look at why you should consider one if you operate an institution such as a hospital, university, or church.

As most investors are aware, university endowments are very common. Endowments are also quite common for hospitals and churches. Where they are less ubiquitous, however, is in the non-profit sector. If you operate — or serve on the board of — a non-profit organization that does not already have an endowment, you may want to consider exploring creating one.

One of the most common financial mistakes non-profits make is a failure to set themselves up for long-term success. This is where an endowment comes in. Having an endowment gives an organization so many more tools to improve its financial health. This is often through diversifying income sources and reducing dependency on current market conditions and fluctuations.

In a less overtly tangible sense, having an endowment fund can also make your organization much more promising to donors. Showing that your organization has invested in its financial future and manages its resources well enough to have an established endowment could convince an indecisive investor to support your institution.

There are, of course, some disadvantages to having an endowment fund as well. Organizations and institutions have faced backlash for having large endowments but seemingly not enough money to expend funds in certain areas. Much of the reason for this particular backlash is likely a question of public perception.

As stated previously, endowments often have very strict rules governing how they can be used. So even if an organization has a huge endowment, they may not be able to spend it in every arena they want to.

Another problem with endowments is that they often rely very heavily on the stock market. Once you establish your endowment this might not be such an issue. But know that a tumultuous economic stretch can have strong negative consequences on your funds during the initial setup phase. This is because the income each year of your endowment is very heavily dependent on stocks and bonds.

The last potential disadvantage is that your institution may not be equipped to properly manage an endowment. As you can likely see by now, endowments are complex and require a wide-ranging skillset to manage. They require everything from financial to legal know-how.

Even looking to your board of directors will not always provide a solution. Chances are, they won’t have much expertise either if they were onboarded before the endowment was created.

This isn’t to dissuade you from starting an endowment, but be careful to have a plan for running it effectively once it’s established.

Saddock Wealth Is Here To Help

At Saddock Wealth, our years of wealth management experience can help guide you and your institution toward financial prosperity. Schedule a meeting here and we can discuss if setting up an endowment fund is right for you.

Summary
Article Name
What is an Endowment Fund and Should You Have One?
Description
Understanding how an endowment fund operates is an asset to any investor. Read more to explore endowments and if they're an option for you.
Author
Saddock Wealth
Saddock Wealth, Wealth Management
TAGGED : charitable funds, endowment fund, endowment funds, financial planning, wealth management