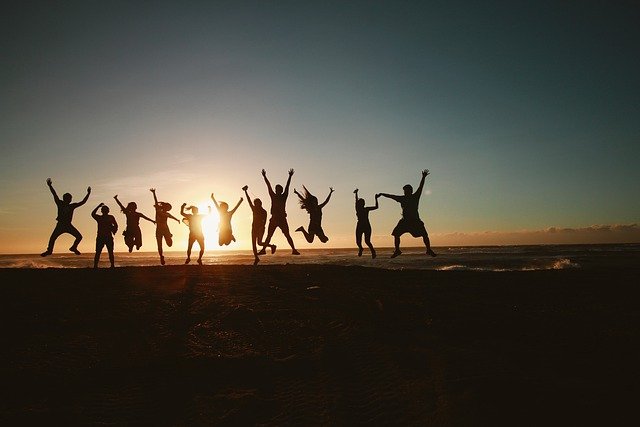 In this article, we will be examining an important concept in political economy. You may have some familiarity with the term, but its implications and relationship to public policy and wealth are more complex than what meets the eye. The concept is intergenerational transfers.

What Are Intergenerational Transfers?

So what are the different forms that intergenerational transfers take?

Examples of intergenerational transfers within families are abundant:

One of the most influential theories surrounding the idea of parents conducting intergenerational transfers to their children comes from Cox’s 1987 paper “Motives for Private Income Transfers” published in the Journal of Political Economy. In the paper, Cox theorized the “exchange motive.” This is the idea that transfers from parents to children served as a repayment of sorts for caretaking.

In this way, we see an exchange of intergenerational transfers between parents and children: one in the form of a service provided and the other in the form of capital, real estate, or some other good. Of course, whether or not the transfer is equal is up for debate and dependent upon circumstance.

As you can imagine, intergenerational transfers play a huge role in capital accumulation for families from generation to generation. A family with valuable real estate to pass on will be positioned much better to ensure the wealth and security of future generations than a family lacking that asset.

This becomes a bigger point of discussion when you get into redlining and the various other discriminatory practices carried out by the United States government. These practices left certain families without the opportunity to establish initial capital and real estate to pass onto future generations, thus severely inhibiting their ability to carry out intergenerational transfers at all.

Family intergenerational transfers have also been theorized to have significant correlations with fertility rates. In many societies throughout history, children have actually provided an intergenerational transfer to their parents in the form of human capital. This happens due to their ability to support the family both by working and caring for their parents in their old age. This transfer of services motivated parents, or the older generation, to have more children.

However, as society has modernized and become less based around household-centric labor, having children has become more costly. This has severely lowered the ability of young children to transfer wealth to their parents, thus lowering fertility rates.

As with many concepts surrounding intergenerational transfers, lower fertility rates have a ripple effect.  An excellent reference for how decreased fertility rates can affect the marketplace, which in turn affects transfers of wealth, is a 1988 article by Becker and Barro, “The Family and the State,” published in the Journal of Economics.

In the article, they argue that as fertility rates lower, human capital raises. This is because each individual is forced to overcompensate for the decreased numbers of workers putting goods and services into the system. This also has the effect of increasing human capital investments for each child.

So even though, for the reasons referenced above, fertility rates may decline, the flip side of that is an increase in greater human capital and investments in human capital per capita.

The Shifting Direction of Transfers

There has also been significant research finding that, especially in pre-agricultural societies, the direction of transfers within families is much stronger from older generations to younger, rather than the other way around.

Ronald Lee wrote a particularly interesting article on this exact subject. “A Cross-Cultural Perspective on Intergenerational Transfers and the Economic Life Cycle,” was published in the Oxford University Press. He found that even in modern industrial societies, the flow of private family transfers was still much higher from older generations to younger.

However, the public sector has, at least in part, compensated for this in first-world countries like the United States. It has provided a social support network to the elderly made up of programs like medicare and government pensions.

To name a few

Intergenerational transfers in the public sector can be quite complex and are oftentimes deeply woven into familiar transfers. For example, the government can help to offset child-rearing costs, thus lowering the transfer made from parent to child. The same goes for public education.

Perhaps the best — and most complex — example of how public transfers relate to familial transfers arises when you consider government debt. It is, unfortunately, fairly common for the government to overextend itself in providing social support to select generations.

This oftentimes results in significant government debt incurred through extensive pension programs such as social security. Not only is this debt burden placed on the taxpayers, but it also creates a transfer from the younger generation to the older generation.

In a world where fertility rates remained fairly constant (and fairly high), this would not become much of an issue. Even if social support systems were perhaps a bit overzealous during certain periods, there would always be more workers paying into the social support network than retirees taking from it. However, problems arise when fertility rates decline and life expectancies increase.

We’re going to spend the rest of this article discussing a concept closely connected to intergenerational transfers: the life cycle hypothesis (LCH). The life cycle hypothesis, or life cycle model, is an economic theory developed by Franco Modigliani and his student Richard Brumberg in the 1950s. It describes a cycle theory of savings that people follow over the course of their lifetime.

The idea that individuals tend to save earlier and spend later has huge ramifications in terms of intergenerational transfers. If couples have children when they are young (and we are following the life cycle hypothesis), they will not have much extra income to transfer to their children. But as children grow older, and save more money, they may have enough capital to care for their parents in their old age. They may even save for retirement themselves.

Of course, there are many more connections to be made between life cycle theory and intergenerational transfers. For example: How do they relate and interact with public transfers life social security? But we will leave those for another time.

The general concept of the life cycle model is straightforward and seems fairly reasonable. Let’s take a closer look and examine some potential issues with the theory. Life cycle theory assumes several major constants across individuals that are not always true.

First, it assumes that people plan their spending habits throughout their lifetimes, which includes calculating in their future income. This planning and calculation are what enable them to plan their level of consumption throughout their lives. The issue is, individuals cannot always predict their future income sources. This, depending on the circumstances, can make it nearly impossible to plan out future consumption patterns.

Another assumption is that once people reach retirement age, they deplete the capital they have saved. This is a particularly interesting assumption to look at through the lens of intergenerational transfers.

People choose to spend money very differently in their old age. But it is fairly common that they will pass their wealth down to their children or grandchildren.  Or better yet they’ll save it and write it into their will.

The life cycle hypothesis does not account for either of these approaches to consumption in old age.

The last assumption made by the life cycle model has to do with the concept of disposable income. The theory assumes that individuals with high incomes are better at planning for their consumption than those with less. This, of course, is not necessarily the case.

As we know from the complexities of family intergenerational transfers, people can have less capital for various reasons. Many of these have nothing to do with their economic knowledge or propensity to save. Oftentimes people with lower incomes started out with less wealth, so have less disposable income to save during their working years.

Social Security and The Elderly

The other important factor to discuss is the concept of social security and other public intergenerational transfers to the elderly.

In certain modern-day industrial societies, individuals who have not been able to sufficiently save for retirement throughout their working years may not be as concerned with this fact as the life cycle hypothesis would make them out to be. In their younger years, the need to save during their younger years was less intense and necessary; because of this, they are highly likely to be able to draw upon social security and other government-sponsored welfare programs.

We Are Here To Help Manage Intergenerational Transfers

At Saddock Wealth, we bring years of wealth management experience to the table and can help guide you and your family towards financial prosperity.

Schedule a meeting here to discuss your best options.